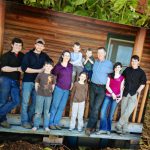 Baker’s Green Acres, a domestic family farm operation, has been all but destroyed over the last 2+ years due to government harassment, threats and an unconstitutional Invasive Species Order and Declaratory Ruling from the Michigan Department of Natural Resources.

However, on February 26th, 2014, the DNR and Attorney General’s office conceded that Baker’s pigs are no longer illegal.  Their reversal on their stance with Baker’s pigs was a move to avoid going to trial where they would have been forced to explain their selective enforcement under oath.  It also resulted in a ruling that there would be no damages awarded to Mark and his family.  But, that doesn’t mean it’s over.

Now is the time to hold our leaders of the State of Michigan responsible for their actions.  From the DNR to the Attorney General’s office to the Governor’s office, we have been let down time and time again.  The elected officials and bureaucrats that are not representing the Constitution of the people must be replaced.  The agenda’s they are serving are that of Corporate and self interests, not that of the people.  We the People have the power to change that, as this is an election year.  But, we must act now!

Please watch this powerful video put together by Baker’s Green Acres to understand where this issue stands today.  If you prepay $25 now, you will receive a DVD of Hogwash The American Pig Tale before this year’s elections. Just click on the “Buy Now” button at the right.  Your help is necessary to finish the documentary and to continue our work toward preserving our constitutional rights in Michigan.  Thank you in advance for helping protect the people!