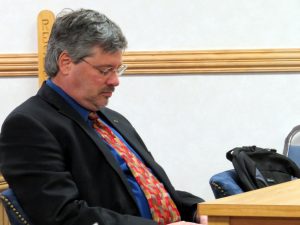 Bonnie Bucqueroux from The Lansing Online News wrote a thoughtful article this week.  It’s worth the read.  A commenter raised some questions about the issue that I thought other folks may have, so I responded there but will add the conversation here as well.  He questioned our affiliation with hunting preserves, and the fact that we have crossed our Mangalitsas with a variant of Boar and that that is why we are concerned about the ruling.  The following is my expanded response.

A couple of thoughts:

1) Per wikipedia’s “domestic pig” listing (http://en.wikipedia.org/wiki/Domestic_pig), all pigs are descended from wild boars and are technically classified as sus scrofa domestica. They can interbreed and create fertile offspring which means, per high school biology, that they are the same species. Wikipedia also offers a list of domestic pig breeds.  In looking at the photos at the bottom of the page, one can identify several ways in which these “domestic” pigs match the “wild” pig criteria.  A pig is a pig is a pig.  In fact, the DNR ruling identifies hybrids of the banned types as illegal, hence the straight tail/curly tail and erect ear/floppy ear criterias.  All pigs are hybrids of the Boar strains.

2) “Feral” by definition means “outside the fence.”  We have mangalitsa hogs with our crosses and neither lives outside the fence or has any desire to.  Purebreed or halfbreed doesn’t change where the animal lives and neither is “wilder” to handle than the other.  To say one is invasive and feral while his befellow is native and domestic defies logic.  (Especially since there is no “native” hog breed in the United States.)

3) The Michigan  Department of Natural Resources (DNR)  has a stated target on the hunting preserves.  That is a different market than ours.  However, the MPPA has helped craft this ruling.  WHY??  Most “feral” pig sightings/kills are in the southern part of the state. (This links to a Department of Natural Resources power point presentation–go to page 4 for a map of where actual feral hog encounters have occurred.) Most hunting preserves are in the northern lower peninsula and UP.  Who’s in the southern part of the state with pigs?  Your purebred pigs and the Michigan Pork Producers Association  hog barns.  Hmmm…..

4) Once the Department of Natural Resouces has eliminated hunting farms and still has a feral hog problem, whose door will they knock on next?  The Mangalitsa meets 6/8 of their criteria, not counting the ninth vague “characteristics not yet known to the Michigan Department of Natural Resources” criteria.  Perhaps that criteria will be “hogs that thrive in austere conditions,” i.e.: not in huge hog barns.  The problem is not our hogs, it’s people who break the nuisance animal laws and those who don’t enforce the laws on the books.

5) The hunting industry has been under the gun for a long time and has been trying to resolve these issues amicably and legislatively for a couple of years.  They actually worked with the legislature to craft the “Shoot on Sight” law as a solution to the pigs-outside-of-fences problem.  All the operators and farmers we’ve met maintain better fences than your average backyard hog grower and are conscientious, considerate, law abiding people.  People pay a good deal of money for the privilege of harvesting these well cared for animals (not just hogs, but elk, bear, deer, etc.) and have the hutzpah to do the deed themselves.  We found out about the ruling when an Ag Commissioner briefed the chefs we work with on the issue.  Why the chefs first?  To date, farmers have not been formally informed at all, even though we are included by description.  Whether you let individuals harvest your animals for their own use or take your animals to a slaughterhouse and let someone kill them for you is a matter of degree.  Rodney Stokes, DNR head, has put in writing that the purpose for which you raise your animals doesn’t matter.

Thanks for your concerns.  Please comment with questions, other concerns, or just to chat!