Bakers Green Acres vs The State of Michigan: stress-uncertainty-prayer 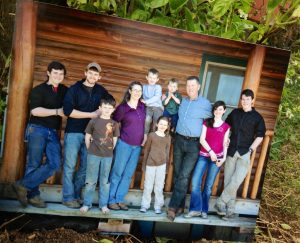 Hello, this is a friend of Mark and Jill.  They are very busy, so I asked if I could update everyone on what is going on.  I helped Jill set up the website, so I had access and they said it would be OK if I posted a status update.

To begin, I would like to ask all of you that you pray for Mark, Jill and their family.  The situation has been very stressful for the family.  Pray also for all those in the Michigan Government that are involved and that they do the right things regarding this issue.

Status update:  We spent a very long day on Sunday waiting to hear trucks come down the dirt road in front of Mark’s house.  Mark, Jill, the children and a few friends that Mark wanted to have with him, if the situation unfolded and the Michigan Department of Natural Resources and Attorney General Bill Schuette came to kill his pigs.  The conversations were filled with emotion.  Not anger or bitterness, but more like sadness at what our great state of Michigan has turned into.  The whole situation reminded me of a line in an old movie.  “If the fox comes and kills a chicken, you don’t kill the cow” or something like that.  The Department of Natural Resouces wants to stop feral pigs, so they punish the farmer that has not done a thing wrong.  Not a lot of logic in that.  I can see if they said “Your pigs got out and have caused issues; we are fining you or punishing you,” But to never have done something wrong and lose a business you are building for your family and for your boys to take over someday, is just wrong.

We waited and waited, the kids played outside and we helped with chores.  It was a beautiful day in northern Michigan and it was hard to imagine that our government could be planning to do what they have said they were going to do…

Late in the day, we said goodbye to Mark, Jill and the children and headed back to our respected houses waiting for updates from Mark.  Nothing happened Sunday.  Mark spent the entire day on Monday talking to his attorney, family members, friends, radio talk shows, and a dozen or two folks that called to let him know that they are supporting him and are praying for him.  The support has been amazing.  The love in the form of emails, calls, and donations has been a blessing to the family and have helped strengthen the case of the family farmer and one’s freedom.  Thank you and keep spreading the word.

Tuesday morning:  We heard that the Michigan Department of Natural Resources (DNR) may be coming today to all the farms that have pigs that fall into the phenotype categories that the DNR have said are prohibited.  They were not to kill all the pigs, but to take inventory or to inspect.  We are not sure why they need to do this, but that is what was told us.  Let’s hope that is the case.  Mark is trying to keep his mind on the farm; Jill is busy with the little ones.

More to come.  Keep praying and spreading the word.  It is a struggle that is affecting all of us.