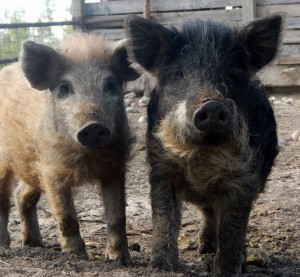 This pig thing is a wild ride.  The developments lately have come quicker than I have time to write.  Here’s the basic run down of recent events:

That brings up a step that everyone who cares about liberty can take. 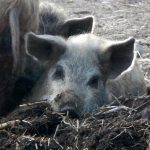 Frankly, the State is afraid to try this law before you, the people!  They have said they don’t trust the people to control the pig population (you might go crazy and start releasing pigs on purpose!) as our elected representatives enabled us, they circumvented our legislative voice with this administrative law, and they vigorously oppose any request for an Advisory Jury trial (a jury trial in which a panal of citizens hears the case and makes a decision, but only in an advisory capacity to the judge).  The Department of Natural Resources, in cahoots with the big agribusinesses in Michigan, and in conjunction with the other Administrative departments, is seeking to force the people of Michigan to bend to it’s unConstitutional will.  They want us to surrender our private contract rights, property rights, and freedom to choose one of our basic needs (food) under threat of loss of liberty.   If allowed to do this, they will be a step closer to tyranny.  If we, the people, can defend our Constitutional rights against this power grab we will keep our liberty. 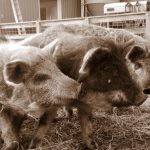 The solution starts in our own backyard – literally and figuratively.  In a literal way, learn how to raise your own food, preserve it, prepare it.  Short of that, buy as much of your food as possible from the guy or gal that grew it.  We can vote with our dollars–don’t support Big Ag with your dollars!  The figurative part is your local government.  Townships are more powerful than many people realize.  They control the zoning and have been the biggest culprits in curtailing citizens’ ability to feed themselves.  You can have a direct say in your township!  This is the lowest level of government and it is in your backyard.  The folks on your township board need education and encouragement to support people to grow food.  They can pass resolutions in support of farming activities in their jurisdiction.  These are government officials who can speak with authority and live (very nearly) next to you.

That’s the latest in this struggle for freedom–yours and mine.