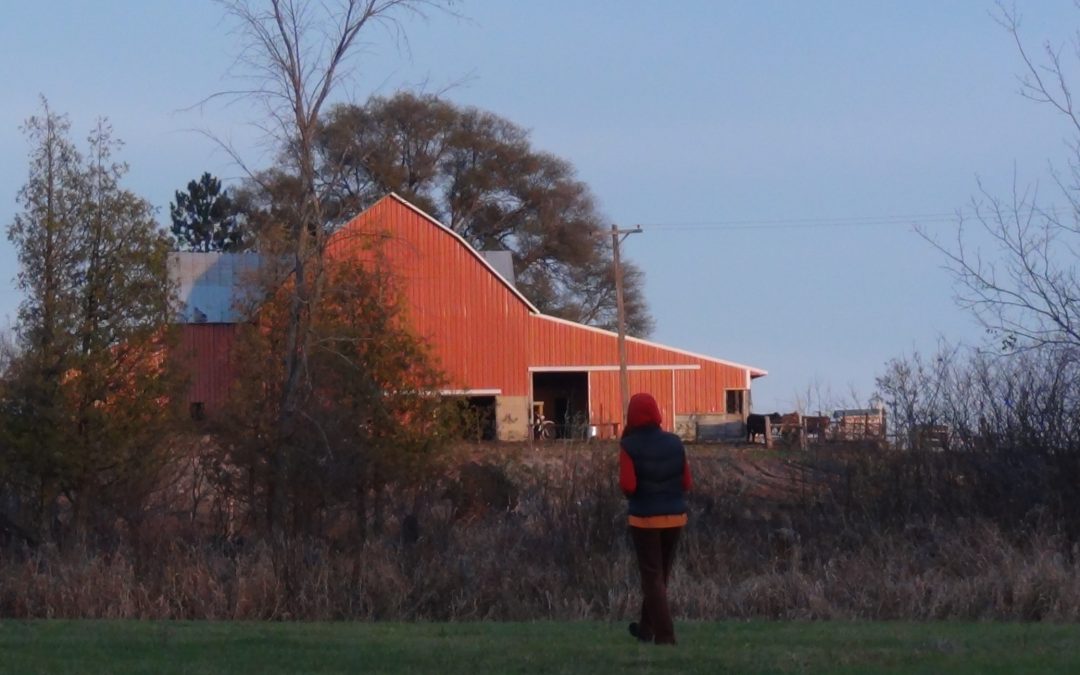 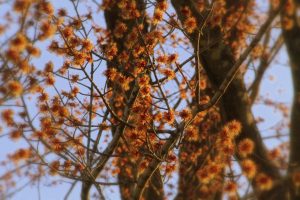 Last week there was one rather chilly night.  I thought we’d been missed by Jack Frost, but over the weekend I was watering squash and picking raspberries and noticed signs of a light frost.  Ah, fall.
I’ve noticed that the green has dulled in the tree leaves.  The eager beavers among the trees are changing colors–some brilliantly so.  The corn stalks are drying and much of the summer produce is down to 1/2 meal status rather than harvest level production.  The mornings and evenings are cool, and the noons hot.  The kids have apple wars with the fallen apples.
The end of the pastured poultry season is in sight.  The variable temp.s have caused a bit of a slow down as the birds adjust to it, but for the most part they seem to like dry fall weather.  The grass is changing as the nutrient stores head below ground for the winter.  Nature cures the grasses for winter as surely as the farmer does the hay–for much the same reasons.  The dried grasses provide winter forage and assure the plant’s survival for the next spring.  We found the birds are needing a bit extra time to mature as the grass isn’t as rich as it was.  This season also challenges their immune system more and we have to stay on top of their health issues.  This year we’re planning to have birds off pasture by the beginning of October as the weather  begins to be less enjoyable.  After a hard-running summer, it’s good to know a break is coming.

The hybrid broiler birds are much more susceptible to weather changes than the heritage layer birds.  The hens aren’t especially bothered by the weather as long as they can get out of the rain and their home isn’t too drafty.  How much they lay is affected by their care, but they certainly have stouter immune systems than broilers and will perform in a wider range of conditions.  This year my heritage rooster project seemed to run smoother; next year I plan to raise more and have a longer supply.  That’s the other thing we do in the fall: “next summer I’m gonna…”
We still have a lot to do this fall:  finish Keith’s turkeys (order soon if you want one!), finish fencing for next year’s pastured beef project,  make gallons of apple sauce and butter, bed the garden, plant my winter greens, and more.  Ah, fall!