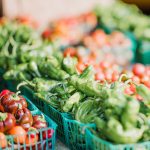 These are important words in our human being.  They are as important to the human spirit as life.  As I write this it is Memorial Day weekend.  For us in the U.S. it’s a time to pause and honor those who have paid the ultimate price for other people’s freedom and liberty.  In honoring the past we are reminded that it is upon each of us to continue to stand for liberty.  Especially from tyrannical government, as that is Liberty’s biggest enemy.

As an example of the importance of remembering and honoring history lest we be forced to repeat it, I offer two stories.

The first is one of the earliest farmer revolts.  All the way back in 1381, the government had decided it needed more money and that the farmers should pay, since they were the only ones creating wealth anyway.  And the Lords and King needed more wealth to maintain their lives and life goals.  And, since they were keeping the peasants safe from France, the peasants could surely chip in.  The problem was, there were fewer peasants thanks to the Black Plague and after the third tax hike in four years they were sick of this extortion: working harder for less pay via taxes and fees.  So, they let their voices be heard.  A man came to the forefront as their leader, by the name of Wat Tyler.  The “Commons” looked to him and respected him as their spokesperson.  Having cornered the King and Lords in London, destroying the tax roles and several small government buildings along the way and dealing strongly and decisively with a few tax collectors who defied them, the King called for a peace meeting with Wat Tyler.  After trying to intimidate Wat and his supporters by arrogantly asserting his authority, the King met equal arrogance from Wat.  Wat was provoked into action and then attacked.  At the end of things, Wat’s head was liberated and paraded around to intimidate the Commons, the King promised the peasants a lot of things he later reneged on, including the systematic hanging of many who were promised pardon.  The farmers were put back in their places, with few liberties, lots of taxes, and represented by corrupt cons, or not at all, in government.  The government continued to deny the working class (businessmen and farmers/peasants) their rights until, through a series of armed uprisings the “Commons” finally convinced the aristocracy that the rights of “life, liberty, and happiness/property” belonged to everyone.

Securing the Englishman’s Bill of Rights, which set the pattern for our Bill of Rights in the United States, cost not only Wat Tyler, but thousands of farmers and small businessmen, the ultimate price.  Liberty isn’t free. 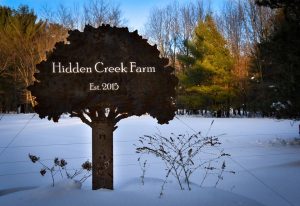 Fast forward 638 years.  A few weeks ago, a farmer came in from chores and had a message on her answering machine. She needed to be in court at 2:00 pm.  It was 1:50 pm.  She sat there for two hours with handcuffed criminals without a clue why she was told to be there.  Then she discovered she was being sued by her neighbor and her township and needed a lawyer for the court date in 24 hours.  Read the whole Hidden Creek Farm story  in their own words.  Her local government is using financial pressure/extortion (taking someone else’s money so they have little choice but to do what you want), intimidation, and dishonesty/lying/deception (if you call in, the Township Supervisor denies that they are suing the farmer despite the printed papers she received).  Sound a little familiar? There are many who have come forward with similar stories of the same type of treatment at this government’s hands. And there are many who can tell tales of similar township issue.  Baker’s Green Acres felt the heat of tyranny from the State of Michigan’s Department of Natural Resources.  Cliven Bundy felt the heat of tyranny from the federal Bureau of Land Management.  In all these cases, the farmers were vindicated before the LAW from tyrannical government regulations and power tripping bureaucrats.  But Liberty isn’t free.  A price was extracted in life quality, finances, and health/stress in all these cases.  Some would say that people are taking out their frustrations on this one Township Supervisor.  Some say we shouldn’t be so hard on him.  I wonder what would have happened if Wat Tyler and the Commons in 1381 had kept the King and Lords at sword point, not accepted the deception of their peace terms.  Perhaps it wouldn’t have cost so much blood later to reassert these rights.  Perhaps we’d enjoy more peace if governments were made to understand they represent not rule us.  They are not, as those English Kings mistakenly thought, God’s blessed gift to humanity to be served by the masses.  The farmers who were our Founding Fathers, who dropped their plows to carry their muskets as Minute Men, who defended the Alamo, who were Civil War opponents, and who were the Alvin Yorks of WWI knew this.  Farmers today continue to be on the front lines in the cause of Liberty, whether for the nation in Afghanistan or for the citizens in Muskegon.

What to do these days?

Read more about it:

The Death of Wat Tyler

Wat Tyler and the Peasants Revolt