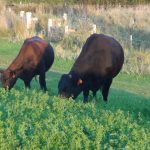 If no news is good news, we’re doing fine.

While that isn’t always the case, the fact is that we have not heard from the judge.  He has not handed down his decision regarding trial or no trial, fines or no fines.

On the other hand, a lot has been happening behind the scenes–lawyer jousting kind of stuff.

* We found out that our former lawyer did not file a witness list by the year and a half ago deadline.  Our lawyer worked hard to make lemonade out of lemons, but with the ball in their court to be good sports, the A.G. refused.  They insisted that if we listed even one witness they needed 75 days for “discovery.”  It is normal and fair practice to allow them time to do a deposition if they so choose.  We would have worked to make the person/people available as soon as possible (unlike their responses when we did depositions).  But 2 1/2 months?  For three people at most?  Their tactic is to make the process as slow as possible so as to eliminate the challenger through simple starvation.

*At the same time, they steadfastly refuse to make it possible for us to cash flow through normal means, i.e. by selling pigs.  We can’t afford to keep 140 or so pets.  We had verbal “permission” through our former lawyer to take them to a USDA slaughter facility (although our former USDA facility refused to take them last winter) or to sell them out of state.  It remains to be seen if they will put it into writing.  So far they haven’t had the integrity to keep their word.  Twice the DNR and AG have told the judge in Baraga County that they would work out a plan so that the farmer who sued them from there can sell his pigs in state.  Twice they renigged.  The judge finally ordered them to comply with the preliminary injunction to allow sales–with their stipulations listed (they refused to honor their own demands!).  The stipulations included selling ONLY to four buyers, all of whom had to be identified, and telling the DNR in advance when pigs left the farm, where they were going, and by what route.  The DNR also reserves the right to prosecute the buyers, who are not in litigation and therefore not protected.  The DNR can harass and then sue those buyers like they did the Renegade Ranch in Charlevoix.  That should make buyers jump at the chance to do business with that farmer!  Right.

*Mr. Bill Schutte stopped by for a friendly chat with our local newspaper last week.  They asked him about the pig situation and he concluded that the situation “begs for a legislative solution.”  Mr. Schutte, don’t you know the legislature gave you a solution to pigs in the wild?  The DNR failed to make a case strong enough for the legislature to justify going on private property to solve a public problem.  He also stated, “We need to protect private property rights and also consider the issue of different species and how it impacts the hog population in the state.”  The legislature did protect private property rights.  You, Mr. Schutte, have assisted the DNR in violating private property rights, along with other Constitutional rights.  You have not addressed the issue of hogs not under human husbandry by making us “depopulate” the pigs we carefully tend.

*The DNR steadfastly continues to refuse to define the terms of the ISO and Declaratory Ruling.  They claim the “domestic hog production” exemption is not an exemption but merely a descriptor of where “sus scrofa domestica” live.  That doesn’t make sense the way it’s written into their law, but, at any rate, we still don’t know what “domestic hog production” is according to them.  There was also some information I came across in their own movie that identifies a “hybrid” as one generation removed from the original stock (“Wild boar, wild hog, wild swine, feral pig, feral hog, feral swine, Old world swine, razorback, eurasian wild boar, Russian wild boar”).  So, since ours are 5 generations removed from the original stock and the one Eurasian Boar sow we had is now long gone, do we still have “feral swine” or “Russian Wild Boar hybrids?”  There’s no way to know except to consult the Declaratory Ruling (per their own directions), and our pigs still have one or more characteristics since their tails are curly and straight and their ears are sort of erect and they have shoulder height, ear length, and tail length.

*Lastly, our lawyer had to use the Freedom of Information Act to find out if they had plans to fine the other litigants $10,000 per animal at any point.  The A.G.’s lawyer, Danielle Yokum, had indicated to the judge that they did indeed have that plan and could forward it to him.  The response from the DNR: “the information you requested does not exist in our files.  Nor is this material available by any other name reasonably known to the DNR.”  Hmmm….. 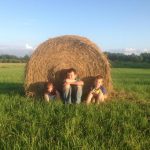 So the farm goes on.  We’ve been busy feeding our multitude of broiler chickens, milking the cow, “slopping” the hogs and their babies, weeding the garden.  Thanks to the generosity of you all we are able to feed our pigs well and are looking forward to having some nice pigs at harvest time.  We are planning our first Farm Exchange (buyer’s club) deliveries for this week, so if you are within driving range of Midland or Traverse City and want good meat, call or e-mail us.  We have chicken and a bit of beef for sale right now, along with some of Dave’s vegetables.  We are planning to have lots of beef by the end of next month, when the fairs are done and the processor has room again.  We are taking deposits on beef and pork for this fall.