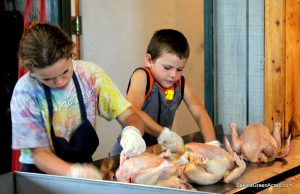 Yeah for Fall! The last chicken butchering of the season

As much as we love raising the best pasture chicken in northern Michigan, the last butchering of the season is a happy day.  This year we lost the older helpers to school, so we had to call in the young recruits.

Rachel and Frank had the chicken gutting job.  Frank is also the official “gut sorter,” meaning he gets to separate the heart, liver, and gizzard out.  He’s also proficient at trimming the hearts, and very proud of his knife skills. 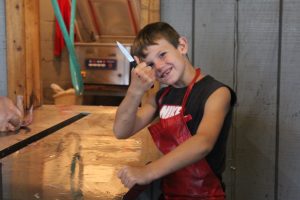 Jim likes opening the backside of the chickens for the gutters–at least, he likes it better than gutting.  Unless his knife “gets bored of (him)” and he needs a break. 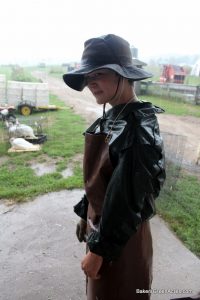 Keith is the chief chicken butcher.  He works outside, which is great.  Except when it rains.

So now our freezer is full of chicken!  Get whole birds or cuts for your freezer!